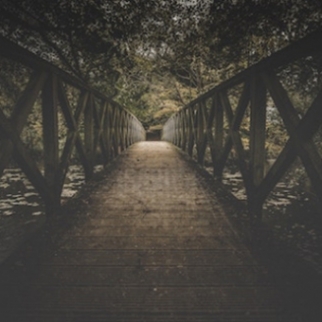 Older buildings often present an opportunity to renovate, allow for personalization, and revitalize a neighborhood. With the popularity of Home and Garden Television (HGTV), many home buyers are eager to take on challenging renovation projects. But before jumping into a project, home buyers and renovators alike should be mindful of the potential presence of highly toxic materials. National Poison Prevention Week occurs during the third week of March each year to help remind Americans about the risks associated with various toxins. In an effort to raise awareness and prevent future health risks, we’re highlighting two common hazards that can be found in home construction materials.

Much of the public is already aware that lead is dangerous. Consuming even small amounts of lead can have detrimental effects on health and, sadly, these problems are compounded in children. Lead exposure impacts many different bodily systems, including neurological, cardiovascular, hormonal, and reproductive functions.

Because of the severe health impacts, lead exposure is a topic that consistently rises to national levels of attention. In more recent years, the threat posed by lead-tainted toys imported from China has generated concern from parents and health organizations across the country. Additionally, despite modern regulations, lead can still be found in current infrastructure throughout the United States. One fairly recent example occurred when it was discovered that aging city pipes with a high lead content contributed to the contamination of Flint, Michigan’s water supply.

Homeowners may have to deal with lead infrastructure on a smaller scale. Prior to 1978, lead was regularly used in interior paint found in homes, and the older the construction of the house, the greater potential for lead paint to be present. In fact, homes built before 1940 have an 87% chance of harboring lead paint. And as with Flint, lead pipes are still a cause for concern because they were still commonly used until 1986.

Conversations about asbestos often go hand in hand with lead because both materials were heavily used during similar time periods. Asbestos is a naturally occurring mineral and was thought to be an ideal choice for the building industry because of its durability and resistance to heat and fire. Over time, the connection between asbestos exposure and the development of deadly diseases became apparent. Asbestos is most notably associated with a cancer called mesothelioma, but it may also cause many other types of cancer and respiratory disorders. There is no known threshold for developing an asbestos-caused illness, meaning that no amount of asbestos exposure can be deemed safe.

Preventing one of these critical illnesses starts with knowing where asbestos can be found in the home. Fortunately, the Environmental Protection Agency (EPA) highlights some key locations where asbestos is often found:

What renovators need to do

Both lead and asbestos were once widely used throughout the United States and other countries because they were hailed as progressive materials. Although their severe impacts on human health were eventually uncovered, modern regulations are unable to entirely correct past uses of these hazardous materials. This means current infrastructure can still contain both asbestos and lead. However, the most important thing to remember is that exposure can be avoided with proper inspections, and older homes must be checked for the presence of toxins - especially before beginning any renovation projects. Utilizing trained professionals can help ensure safety when homeowners are inspired to fix up an older home.

Looking for more information about asbestos and other harmful materials? Check out www.maacenter.org